About the Textured November Infinity Scarf:
The 'Textured November Infinity Scarf' is a thick, textured cowl style circle scarf that will keep you warm from fall through winter. Simply drape it around your neck and over a t-shirt for an effortless style, or wear it as an extra layer for your fall and winter outfits. The scarf is large enough so you can fold over the top or bottom edge of the scarf to create a more layered look.
This scarf is simply the fisherman's rib knit with straight needles with the two ends joined together. It's a great project for beginner knitters. Watch the video tutorial of how to knit the fisherman's rib here.  My scarf ended up being 30 inches in circumference & 12 inches in width. I decided to go with a neutral grey so I could easily pair it with a variety of pieces from my closet. Use whichever color your heart desires!

Materials I Used:
- 14'' US size 11 straight needles
- Bernat Chunky Yarn, (color: true grey)*
* If you cannot find the Bernat Chunky Yarn in the color you like, you may use any yarn that is weight category 6 and calls for a US size 11 needle. I knit from the 'Bernat big ball yarn' and used about 1/2 of the skein (~300 yards). The amount of yarn you need will depend on how tight/loose you want your scarf to hang around your neck.

Repeat rows 2 and 3 until desired length*. Bind off, join the two ends together, then weave in the ends.
*I knit until my piece measured 30 inches in length. You can test the length by wrapping your work around your neck carefully with your work still on the needles. 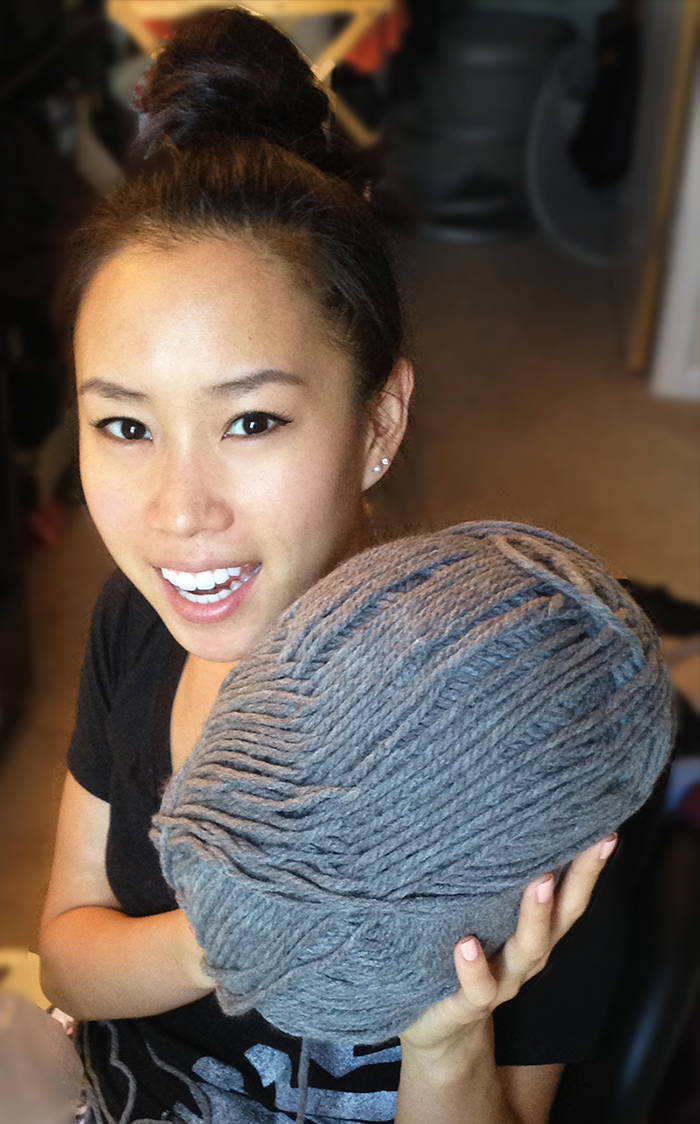 I used about half of this huge ball of yarn! :P 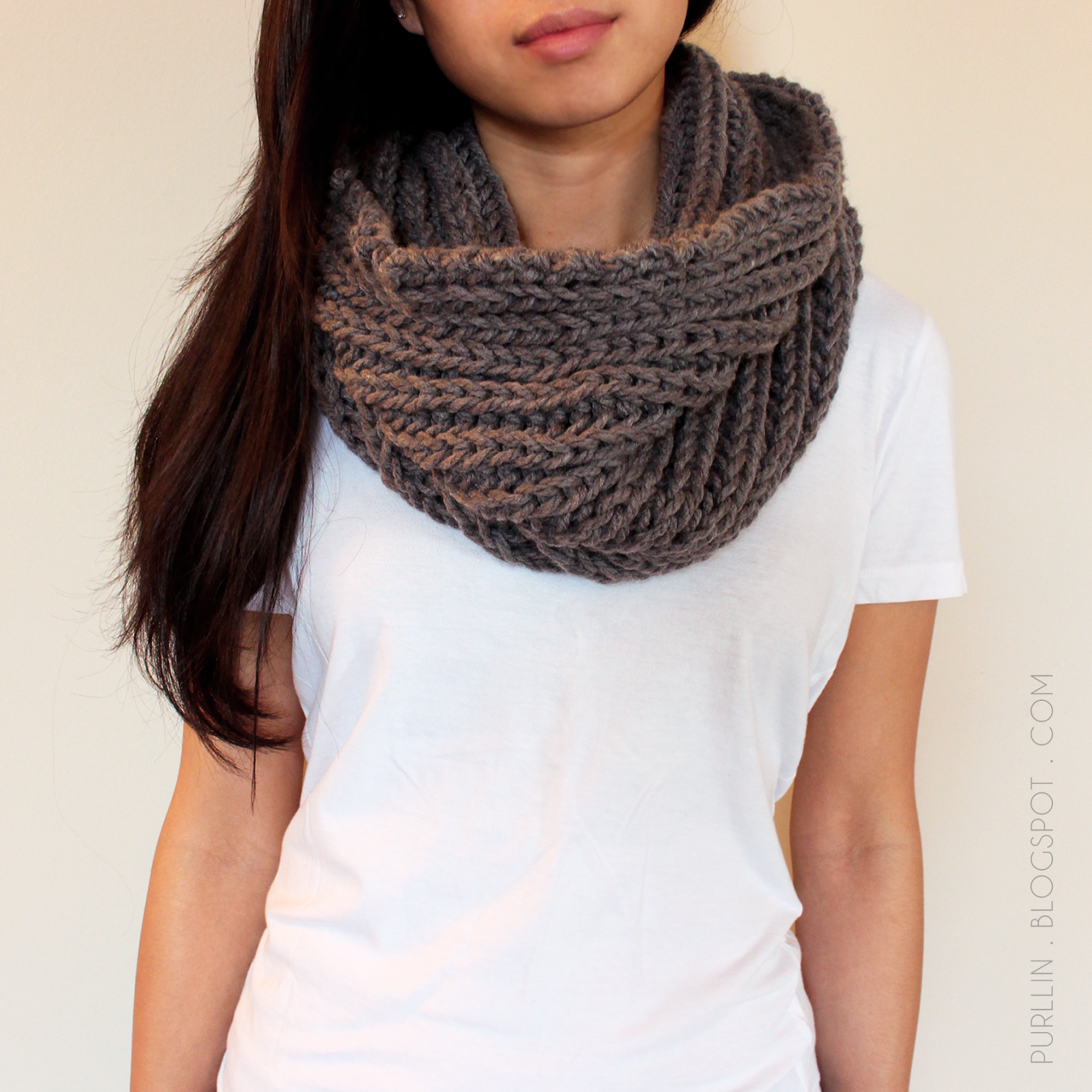 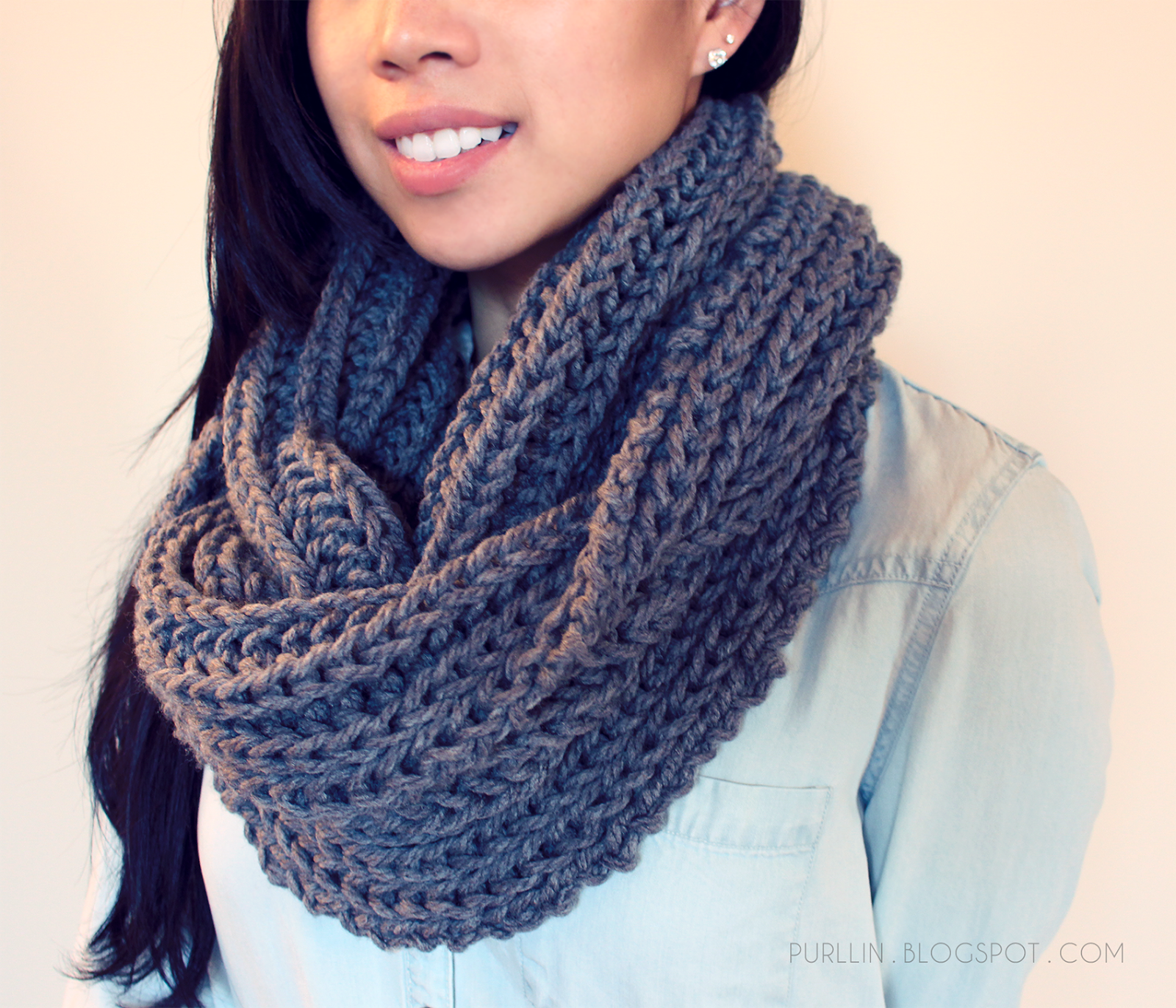 You can't go wrong with a thick & cozy infinity scarf over a light denim button down. How To Knit the Fisherman's Rib 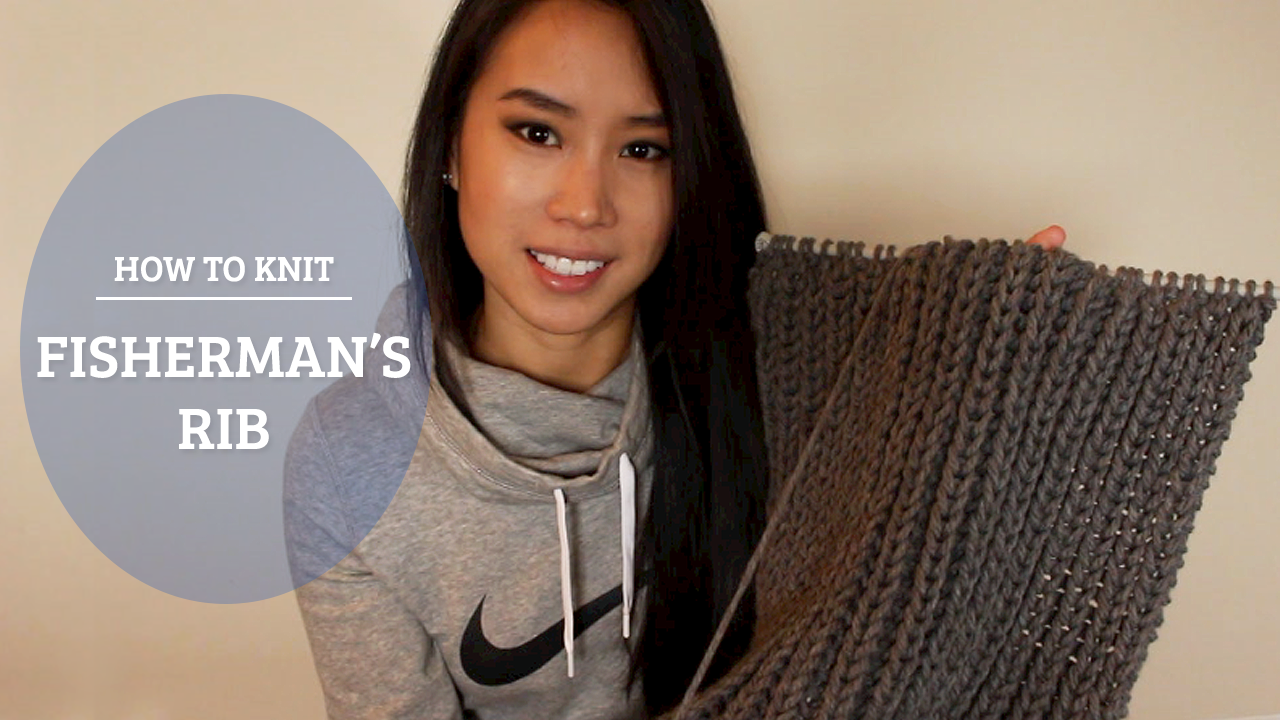 The fisherman's rib is a beautiful reversible pattern that looks almost identical to the "brioche" stitch; the two stitches have different patterns, but end up looking very similar once worked up. This stitch is pretty much the cousin of the rib stitch: looking like a wide/stretched out version of the 1x1 rib. It's a great pattern for scarves since it's thick, has a lot of horizontal stretch, and the pattern is reversible. The edges don't curl in and will lay flat, which is nice since this means you don't have to block your piece of work. 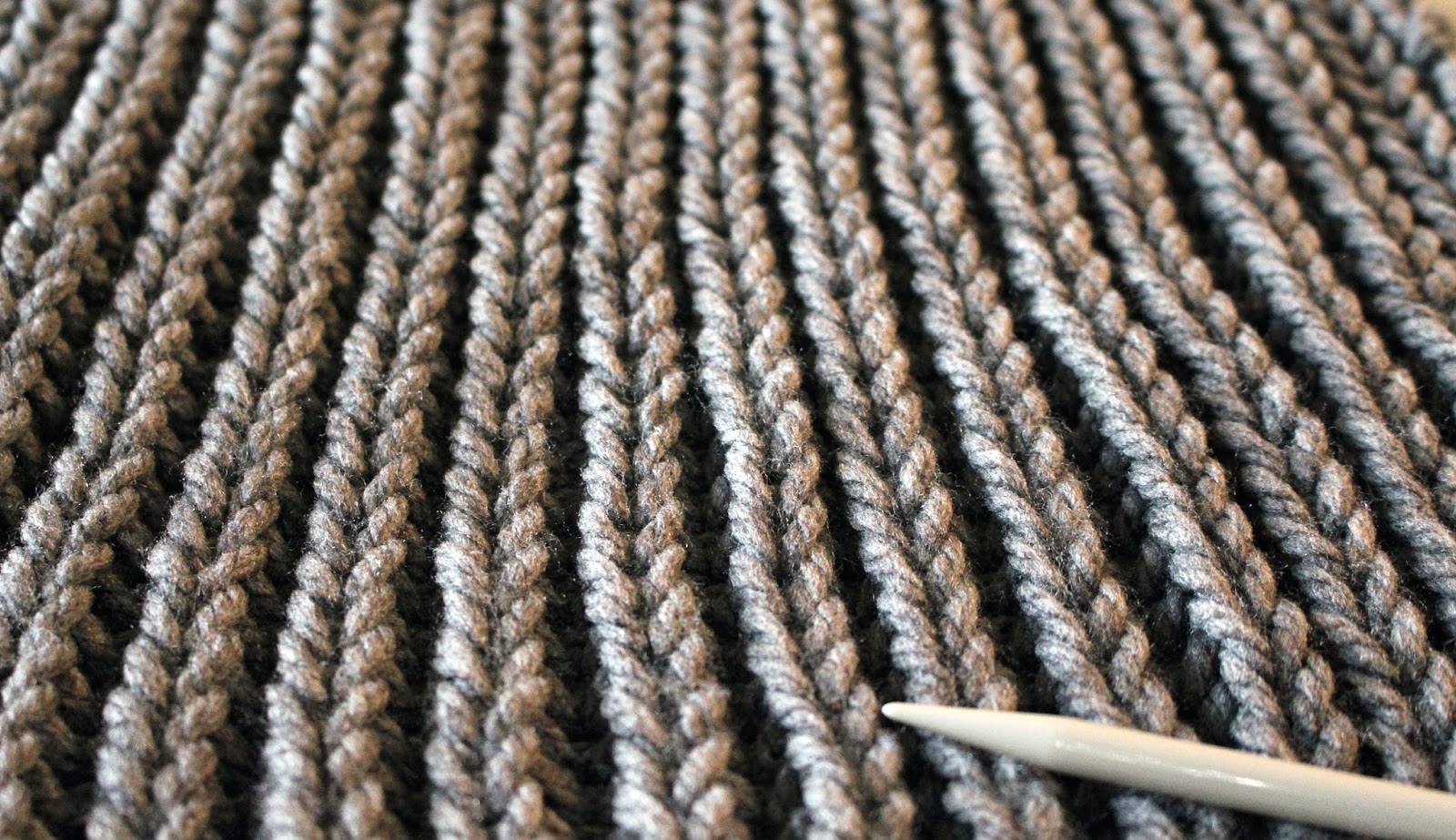 I initially had some trouble learning this stitch because I was getting confused with the K1B (knit one below) stitch. The video tutorials I watched either went super fast, had poor lighting, or they just didn't zoom in close enough to show which loop to go through for the K1B. So I decided to create a video tutorial on how to knit the fisherman's rib where I go through the stitches slowly and repeat the instructions multiple times. I hope this will help some of you learn the fisherman's rib! The stitch is very easy once you get the hang of it. Happy knitting!

My Most Used Knitting Materials: